Is Your Child Sick™?

Select from over 100 symptoms to read more about managing your child's illness.

Dr. Deneta (Howland) Sells created Intown Pediatric & Adolescent Medicine in 2006 to provide warm, friendly, and excellent care for the growing population of in-town families. The practice started in a charming Grant Park bungalow, but quickly outgrew the space. In December 2009, Intown Pediatrics relocated to a brand-new, larger space in Glenwood Park, just around the corner from its original location. The continued growth of Intown Pediatrics made it essential to add another location. In May 2017 we opened our Brookhaven facility to further extend our care to our many patients. This significant growth can be attributed to the outstanding healthcare and individualized attention each infant, child and teenager receives at Intown Pediatrics. 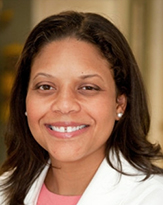 Dr. Sells graduated from Harvard College in 1992 with a degree in Sociology. She received her medical degree from the University Of Tennessee College Of Medicine in 2003, and completed her residency in pediatrics at the Morehouse School of Medicine. Dr. Sells opened Intown Pediatric and Adolescent Medicine in September 2006.

Dr. Sells’ personal philosophy is to be a true “neighborhood” doctor: involved in community activities, offering convenient appointment times and after-hours advice. She is a member of the American Academy of Pediatrics and participates in the Section on Early Childhood Education & Childcare as well as the Section on Complementary, Holistic & Integrative Medicine.

Dr. Sells lives in Druid Hills with her husband Bryan, a voting rights and election law attorney and their baby girl Sarah Elizabeth. They are big baseball fans; enjoy sampling Atlanta’s great restaurants and going out to hear live music. They can usually be found Sunday mornings at the Flying Biscuit counter in Candler Park. 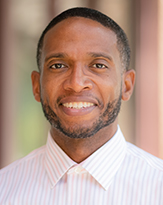 Dr. Bataille graduated from New York University in 2000 with a degree in Anthropology and Biology. Following graduation he received a grant from the National Institutes of Health to do scientific research at Columbia University for three years. He then went on to receive his medical degree from the Morehouse School of Medicine in 2007, where he also completed his Pediatric residency in 2010, training at the Children’s Healthcare of Atlanta hospitals/facilities. During his residency Dr. Bataille became well acquainted with the staff and patients at Intown Pediatrics, and in July of 2010 Dr. Bataille officially joined the practice. He is committed to IPAM’s mission of partnering with families to foster the healthy growth and development of Atlanta’s children.

Dr. Bataille strives to be an easily approachable, communicative Pediatrician dedicated to providing comprehensive and informative care of the whole patient. He is a member of the American Academy of Pediatrics and the American Medical Association.

Dr. Bataille lives in Atlanta with his wife Chiquita, a middle school guidance counselor, and their two young sons Malachi and Elijah. They love going to festivals and sporting events, as well as exploring Atlanta with their boys.

Dr. Price graduated from Emory University in 2004 with a Bachelor of Science degree in Anthropology and Human Biology. She received her medical degree from Howard University College of Medicine (HUCM) in Washington, D.C. in 2009. Dr. Price completed her residency in pediatrics at the Morehouse School of Medicine, while contemporaneously training at Children’s Healthcare of Atlanta (CHOA). In 2012, her final year of pediatric residency, Dr. Price served as Chief Resident. Upon completion of residency, Dr. Price formed an inpatient and outpatient solo practice in the Greater Savannah, GA area, where she practiced from 2012 to 2016.

Dr. Price is extremely excited to have recently joined Intown Pediatrics and she is dedicated to the IPAM mission of serving the children of the Atlanta area. Dr. Price truly believes that having a close and personal relationship with her patients and their families allows her to provide thorough and educative medical care. She is a member of the American Academy of Pediatrics and the American Medical Association.

Dr. Price lives in the Greater Atlanta area with her husband, Demetrius, a family law attorney in Atlanta and their baby son, Demetrius Jr. (“DJ”). They enjoy traveling, attending professional sporting events, going to the movies, and fine dining. 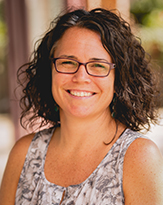 Chris has been a Pediatric Nurse Practitioner since 2001.  She moved from Michigan to Atlanta in 1995 after earning a BA in Psychology and a BS in Nursing from the University of Michigan.  She began her nursing career at the Shepherd Center and Children’s Healthcare of Atlanta at Scottish Rite.  While gaining invaluable inpatient experience at Children’s, Chris attended graduate school at Georgia State University and received her Master’s degree in Nursing in 2001.

Upon graduation, Chris joined Children’s Center of Digestive Healthcare, a respected and well-known specialty practice for children for gastrointestinal illnesses. She spent four years there, gaining in-depth knowledge about GI disease. Next, she transitioned to a general pediatric practice in McDonough, GA.  After finding her niche in general pediatrics, she joined Intown Pediatrics in 2009.  It has been an amazing and fulfilling experience to be able to care for the families and children in the community where she lives. 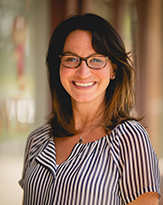 Allie began her nursing career at the University of Miami in Coral Gables, Florida where she received her BS in Nursing in 2008. After graduation she returned to her hometown of Atlanta and began working as a nurse on the Neurology, Neurosurgery, and General Pediatric floors at Children’s Healthcare of Atlanta at Egleston. She returned to school and obtained her Masters degree in Nursing from Georgia State University in 2011.

Allie joined Intown Pediatrics in 2012. As an Atlanta native, Allie loves the diversity of the city and is grateful to care for the families in all its communities. She chose Primary Care as it gives her the opportunity to establish relationships with families that last through the years. She enjoys raising her own family alongside the families she cares for on a daily basis.

Allie lives in O4W with her husband Brandon and their two young daughters Hazel and Maya. They enjoy living in town, biking to Atlanta United games, running the beltline, going to the many Atlanta park festivals and anything outdoors.

Rachel Preston joined Intown Pediatrics in September 2016 to provide after hours and extended hours care. In July 2017, Rachel became a full time Intown practitioner and continues to provide excellent care to our patients. Rachel is originally from Mobile, AL. She attended Auburn University, where she obtained her Bachelor’s of Science in Nursing in 2007. Rachel began her career in Atlanta as a Registered Nurse on the respiratory, endocrinology and general pediatric floor for Children’s Healthcare of Atlanta at Egleston. During her 7 year career as a full time RN, she obtained a Master of Science in Nursing from the University of Alabama at Birmingham.

Rachel loves working with children and their families, especially in areas of her special interests, including asthma, newborn care, and helping families to set goals for a healthy lifestyle. Rachel lives in Atlanta with her husband and little girl, Cecilia. As a family, they enjoy taking in the many local Atlanta festivals, cooking, traveling, and spoiling their animals.

A native Georgian, Bethany is originally from Marietta, GA and a graduate of the University of Alabama, where she received a Bachelor’s of Science in Nursing in 2009. Immediately following graduation, Bethany began working on the AFLAC Cancer and Blood Disorders pediatric unit of Children’s Healthcare of Atlanta, Scottish Rite. While there, Bethany earned her Master’s of Science in Nursing from Mercer University in 2015. Bethany remained at the AFLAC unit until accepting a position with Intown Pediatrics.

Bethany lives in Brookhaven, with her husband Taylor, a commercial real estate broker, their little girl Holland and baby son, Meyer. Bethany and her family enjoy attending local festivals, dining out, traveling and exploring all of the wonderful attributes of Atlanta.

Bethany is excited to have joined Intown Pediatrics and as the mother of two very young children, she is delighted that such a progressive practice has expanded to the Brookhaven neighborhood.

Sheena White is originally from Jackson, MS and earned her Bachelor of Science in Human Performance and Sports Science in 2007 from TN State University. She then earned her Master of Science in Kinesiology in 2009 from the University of Arkansas. Upon completion of her MS degree, Sheena went on to work at Vanderbilt University Medical Center for 5 years as a Physician Extender in the Sports Medicine & Orthopedic Clinic and as an Athletic Trainer in the Rehabilitation Clinic. Sheena was also the primary medical provider for the Metro Nashville public high schools sports teams. Sheena continued to pursue her education and in 2017 obtained a Master of Medical Science degree from Emory University as a Physician Assistant.

Sheena developed a passion for kids at a young age, as her mom owned a daycare for over 30 years in her hometown of Jackson, MS. Sheena completed her Pediatric Clinical Rotation at Intown Pediatrics and is excited to return to the Intown family and begin her career as Certified Physician Assistant.

Sheena’s special interests include sports medicine and the transitioning of kids from pediatric, to adolescent, to adult healthcare. She lives in the Glenwood community and enjoys attending sporting events, live theater, music concerts, museums and exploring the many local Atlanta restaurants with friends.

Sarah joined Intown Pediatrics in December 2019 and is an Atlanta, GA native. She attended Georgia College and Georgia State University, where she obtained a Bachelor’s of Science degree in Nursing in 2013. Sarah began her career in nursing as a Registered Nurse at Children’s Healthcare of Atlanta, Egleston. During her 6 years at Egleston, Sarah worked in the Endocrine, Pulmonary and Neurology unit. Sarah continued her education while working at Children’s and obtained her Master’s of Science in Nursing, from the University of Alabama, Birmingham in 2018.

Sarah loves working with children and chose Primary Care in order to spend more time with patients and their families; helping patients to reach their healthcare goals and forming long-term relationships with their families.

Sarah and her husband live in Atlanta with their Australian Shepherd, Sullivan. They love being active and hike together as a family, they also enjoy traveling and trying new restaurants.

Kai Martin joined Intown Pediatrics in January 2020 and is originally from Albany, NY. Kai earned her BA in Psychology from Spelman College in 1994, and her MSW from UCLA in 1997. Kai began her social work career as an Adoption Specialist with the Los Angeles County Department of Children and Family Services. She went on to work with children and families in counseling and adoption settings in New York. Kai returned to Atlanta where she provided support to pregnant and parenting high school students, with Families First. Kai is an experienced Grief Counselor and has worked in hospice. Kai has a special interest in maternal, infant and child health and spent 8 years as a birth and postpartum doula.

Kai is very excited to be part of the Intown family, where she is committed to helping patients and parents maximize their inner strengths and overall well-being. She has a passion for working with children, adolescents and their families, and enjoys utilizing cognitive behavioral and mindfulness approaches in individual, family and group therapy.